Sam Burrows had a chance to sit down with Vancouver legend D-Rec during the beginning of another exciting run in his career. The Producer/DJ has been a staple in the Vancouver hip hop community for the past 20 years, doing countless shows and multiple tours across Canada and Europe as he travels with his good friend and business partner Snak The Ripper.


D-Rec discusses his humble beginnings DJing at house parties before linking up with Snak during
the beginning of his rap career. Bringing him to the studio, the two worked together to build a successful music career for the both of them. The duo are gearing up again for a multinational tour across North America and Europe over the course of the next 5 months to promote the release of Snaks new album: Off The Rails, a project that D-Rec was a part of during the entire process.

D-Rec also touches base on a range of different topics, sharing his opinion on the current state of the Vancouver rap scene, whether or not Vancity has it's own sound, and the diversity of hip hop styles that can be found. He also gives his co-sign to several of the new up-n-comers in the city, citing rappers Kapok, Panax and Holy Sock Gang as exciting prospects in the near future.

There is lots more content from D-Rec on the way. A producer album that he has been working on for the past couple years as well as a collaborative album with Tiago Vasquez, a young, soulful R&B singer coming out of Vancouver.


"Wow that dog is bookin' it over there"

Catch D-Rec on the Off The Rails tour starting August 23rd in multiple cities across BC, as well as most major cities across Canada. 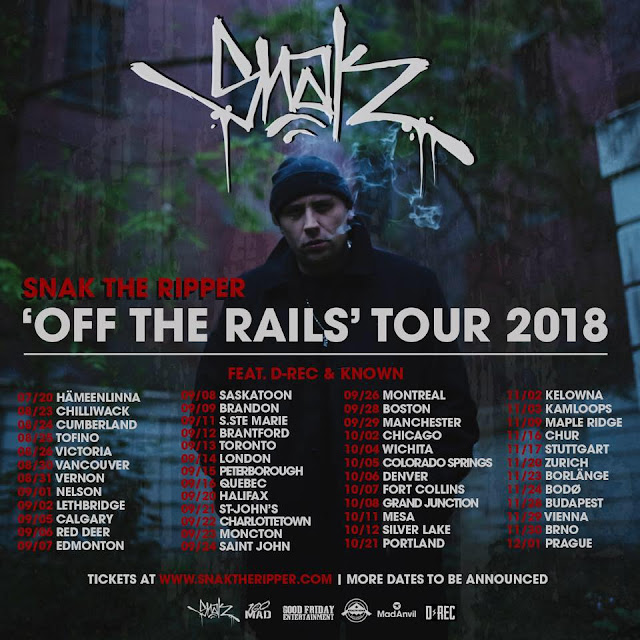 Look out for many more interviews in the works from Canadian Underdogs as Sam Burrows continues to put in work for the locals. 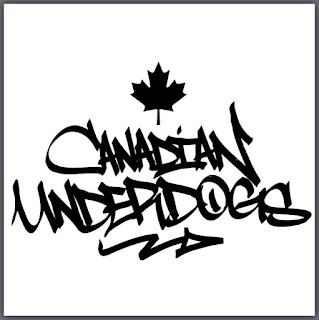 Posted by Rob Haze at Friday, August 17, 2018
Email ThisBlogThis!Share to TwitterShare to FacebookShare to Pinterest
Newer Post Older Post Home
Check out our youtube playlist below for hundreds of tracks from rappers from across British Columbia