Will Ernie WoodLo Become The Next Pillar In BC Hip Hop? First impressions are everything especially in the entertainment industry. With a bit of a mystery surrounding the Surrey rapper and Get A Bag Entertainment owner Ernie WoodLo due to him being relatively quiet on social media, the impressions have been solely based off of his music.  Although I had seen Ernie's name floating around in recent conversations and on a couple song features, the artists body of work had eluded me until now. Admittedly, there is limited content for me to base my assertions from but the quality of the music put forth so far has been nothing short of amazing.
January 26th of this year saw the release of his debut four track ep D.H.M.B.G. and a subsequent video single to accompany it.


Right then I knew we had something. WoodLo delivers a smooth flawless flow over banging trap beats while displaying comfort in front of the camera that is rare to see so early in an artists career. Each of the four tracks showcase different flows and melodies, all wrapped together nicely with  catchy and memorable hooks.


The video, directed by KB Kutz, is simple and deliberate while remaining engaging as the imagery plays off the overall despairing tone of the track. Standing in front of a mirror and a blood covered sink, Ernie reflects on the struggles that brought him to where he is now.
In contrast to Lil Big Homie comes another personal favourite No More Talking. Listed as a bonus track, the cut shows a level of strength and confidence in his voice that caught me off guard, not to mention a beat that rattles your soul. I realize I'm speaking rather highly of these projects, but in my personal opinion, it goes with merit.

With two solid ep's released and a summer album planned, Ernie WoodLo is setting the stage to become a new prominent figure in British Columbia hip hop. Don't miss this drop. Both these projects are definitely worth the $5 price tag.
Find them on itunes Here 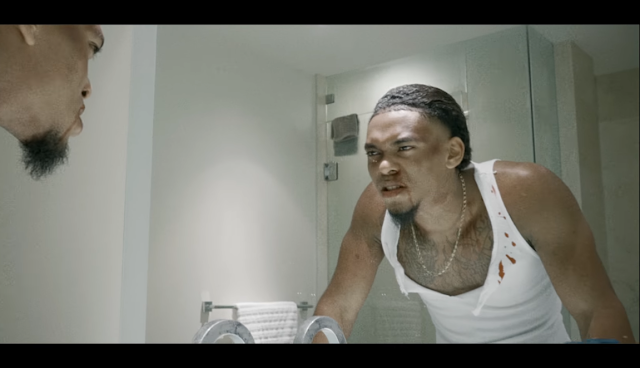 Written By Rob Haze
Posted by Rob Haze at Wednesday, March 07, 2018
Email ThisBlogThis!Share to TwitterShare to FacebookShare to Pinterest
Labels: d.h.m.b.g., ernie woodlo, get a bag, lil big homie, product, surrey
Newer Post Older Post Home
Check out our youtube playlist below for hundreds of tracks from rappers from across British Columbia