Somethin’ Like That, releases the official music video for the second single Cordial off of his debut commercial project Speech Rich Vol.1. The follow-up single was produced by Canadian music producer S.L.M.N. of the #gtawrk crew (as seen on Tracy T's “Millionaire Nightmares” ft. Torey Lanez and Roy Wood$ “Say Less”). The video was shot and edited by Canadian cinematographer and past NBL player Kamar Burke a.k.a. KB Kutz who recently featured one of his documentaries in the Canadian Film Fest.

Hard pressed to make an impact on the BC hip hop scene,  Somethin' Like has stepped his game up once again. The video was shot at an abandoned commercial property in West Kelowna, giving it the gloomy visual treatment to accompany the songs vibe. A conceptual track that sees Somethin' struggling with the conditions of societal norms. Or as he puts it:

"The driven footing and scrutinizing manner of this song shines through as it layers an ardent approach towards challenging the conceptions of the many things that are considered to be “cool” in today’s western culture as well the general impudence of society’s governance. The dual messages being expressed are tied together in the hook which examines how the “You ain’t invited, unless you gonna go hard” mentality is askew. The underlying meaning that also exists in the hook’s message, however, is that if you don’t go hard towards overcoming the conceptions and impudence, you won’t survive the chaos.     Within the verses Somethin’ draws parallels between the popular more prevalent views of society and of government. He speaks to how their bastardization from within has affected these institutions and how it is comparable to a bad trip or nightmare. The track’s distinct production and very spacious environment (courtesy of S.L.M.N. [beat], and Jamie Kuse of Creativ Music Centre [mixing & mastering]) accentuates the verve of the vocals and the effects in the mix highlight the edginess and turmoil involved in the analysis that is taking place.     The song’s experimentation with contrasting ideals and energetic values, while maintaining uplifting yet dark vibes through the sound and lyrics, allows for a unique listening experience. The depth of the track compels follow up exposures. The afterthought is meant to suggest that if you disregard the way society and the government want you to be, and just do you – stay driven and focused, that you can begin “turnin’ up the stakes, I know what it takes” – which is meant to light a fire in your heart and leave you questioning the structures we are confined within." 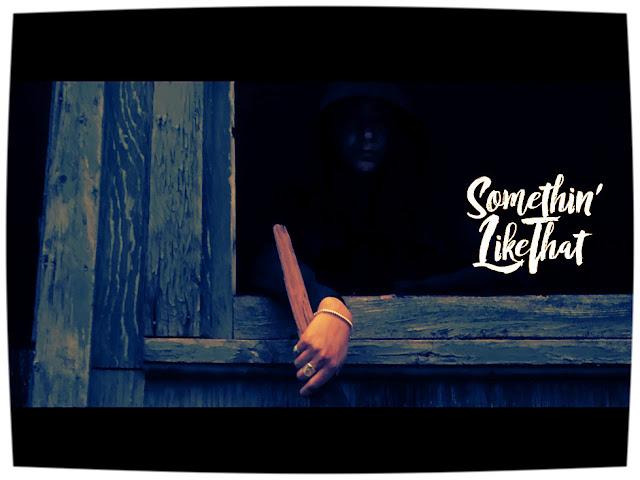