KOTD battle rapper Pat Stay calls out Madchild for dodging his attempts at setting up a battle that Madchild has been promoting on his social media.We are not really sure if it's a love/hate relationship or not but the Instagram battles they have been having back and forth are rather entertaining.
Posted by Rob Haze at Friday, October 27, 2017
Email ThisBlogThis!Share to TwitterShare to FacebookShare to Pinterest


Cash Money CEO and self proclaimed "Father Of Lil Wanye" Birdman discloses a little known bit of his past during an interview with Angie Martinez on Power 105.1.
After Angie probes into Birdmans early life, he reveals for the first time that he spent several years of his childhood growing up in Prince George, a small Canadian city in the heart of British Columbia. With the passing of his mother, he moved up north along with his sister and uncle for 2-3 years during the mid 70's before returning back to New Orleans, where he would eventually form one of the most influential hip hop labels of all time: Cash Money Records. 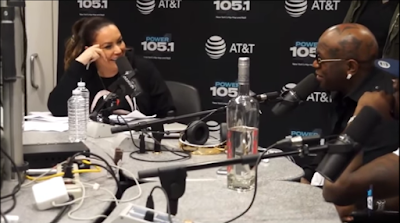 Posted by Rob Haze at Friday, October 20, 2017
Email ThisBlogThis!Share to TwitterShare to FacebookShare to Pinterest
Newer Posts Older Posts Home
Subscribe to: Posts (Atom)
Check out our youtube playlist below for hundreds of tracks from rappers from across British Columbia