After weeks of teasers, Merkules surprises everyone with his sudden release of his new video Way Down, the first single from his upcoming album Trust Your Gut. The video is classic Stuey Kubrick direction. Showing off gorgeous Vancouver cityscapes as Merkules rolls slow-mo through town puffing on his blunt. The beat, a solid C-Lance production with additional production from Aaron Hiltz, has that classic boom-bap feel with a dirty sounding dubstep-influenced bass that is likely to get the crowd fired up. Merkules states in the song "Lately I just feel like I'm the greatest" and with good measure. His career has been skyrocketing ever since the release of Scars. Fueled by the success of his remix series and several tours, Trust Your Gut is set to become Merkules' biggest album yet. The future is bright for this young artist. We are excited to watch it unfold.

His new album will be available April 20th. Check him out at one of the cities listed below as he tours across Canada with Stevie Ross, Luca Mele and Noise. 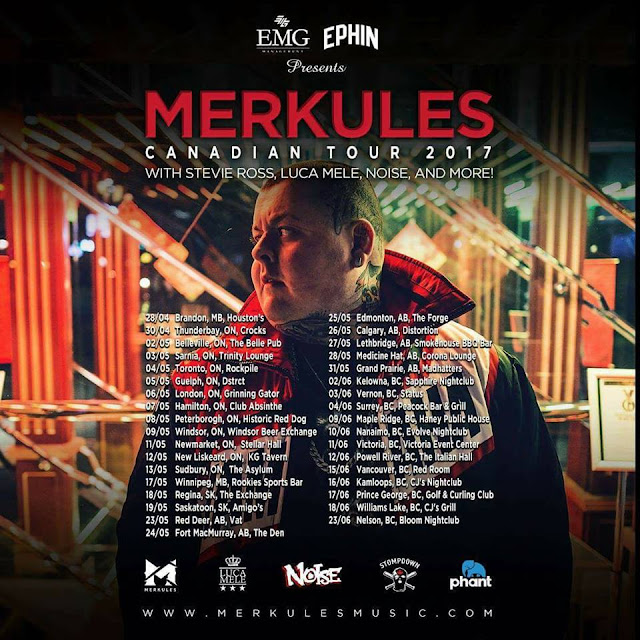 Posted by Rob Haze at Wednesday, March 22, 2017
Email ThisBlogThis!Share to TwitterShare to FacebookShare to Pinterest
Newer Post Older Post Home
Check out our youtube playlist below for hundreds of tracks from rappers from across British Columbia